So Magnificent, So Deadly 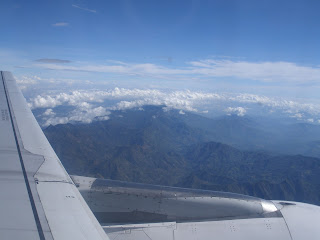 The Chapecoense soccer team from Southern Brazil could've made history with its Cinderella story. They were rising stars, but their trajectories were cut short when their airplane crashed in the mountains of Colombia just outside of Medellin. Medellin, known as the City of Eternal Spring, is also known for its airport. High hazardous mountains surround it, and landing is dicey on a clear day, much less on a dark and stormy night.

Seventy-seven young men, journalists, and flight crew members died. Only six survived. Colombia and Brazil are still in shock as they grieve the tragic loss. Atletico Nacional, Medellin's soccer team, has made it clear they hope the South American Football Confederation declares Chapecoense the champions of the 2016 South American cup.

Hearing this sad news reminded me of two other memorably horrific accidents. In a post (on September 2014) about a trip to Colombia with my oldest brother, I write about one. "Soon we will see the Andes, and I push the tragic memory of Flight 965 carrying Ariel Felton and Catalina del Corral out of my mind. That flight, and those school friends, didn't make it over the mountains in 1995."

Posted by Jeannie Zokan at 6:38 PM

Labels: airplane crash in Colombia, Chapecoense soccer team, Miracle in the Andes, The Existence of Pity