My Editor Wrote an Amazing Book!


Magic calls out to other magic, and the Grant sisters are about to find out they’ve drawn the darkest kind to their doorstep. 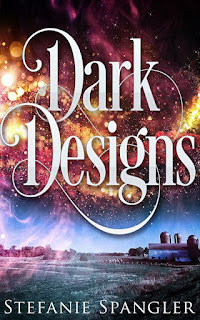 Twins Ivy and Violet Grant are opposites. Ivy, a hot-tempered redhead, couldn’t wait to get off the farm and see the world. Violet, a quiet brunette, was content to stay home and help their grandmother with the family business. The one thing they have in common is their magic.

Charlie Logan’s sinister obsession with Ivy Grant has ruled his life. When he discovers a book of dark magic during a burglary, he decides to return to Oak Hill and use his newfound power to gain control over Ivy.

Ivy and Violet, with help from their grandmother, need to practice their magic to overcome the evil seeping into their lives. A battle is coming, and Ivy’s life is not the only one at stake.


Slowly, Ivy became aware of another presence in the barn. Her eyes roamed away from the kitten cradled in her arms to the boots standing just beyond the stall door, next to her discarded sandals. Eyes wide, she sprang to her bare feet as fast as she could without trampling the kittens.


Charlie Logan was blocking the way out of the stall. The sunlight that slipped in through the gaps in the barn’s wooden planks cast his face in mottled stripes. She knew him because Grandpa Jack had always let his granddaughters roam the farm freely, and Charlie had spoken to her many times. Never alone, though. She stood awkwardly, her eyes darting around the dimly lit solitude of the barn.


“Nice kittens you got there.” He nodded cheerfully toward the kittens then smiled. His hand twitched as if he might reach out and touch her.


“Yeah,” she said quietly, looking back and forth between Charlie and the kittens. “None of them are sick or anything. Sometimes there are sick ones…” Ivy rambled nervously until her eyes settled on Charlie’s face, and then she stilled, wishing she could disappear.


Charlie moved in closer, trapping her in the corner of the stall. “They’ll all be good mousers, I bet.”


His tone was friendly, but Ivy’s guts tensed up. She desperately wanted to be away from the stall that had, without warning, become too dark and far too secluded. If she shouted, someone would likely hear her and come, but Charlie had always seemed nice enough. Maybe he did just want to talk about kittens, and she didn’t want him to get in trouble for not being busy at work.


When she made a move toward the door, his tall frame shifted. She jerked back, away from his body, pushing herself tighter into the corner of the stall. He was close enough that his scent of stale cigarette smoke and sweat forced its way into her nostrils and stomach. When he exhaled, his breath smelled of strong coffee. In slow motion, Charlie reached out and touched her hair just over her ear. Heart in her throat, she froze. Charlie Logan had not come to discuss anything good. He smiled at her affectionately as he stroked her hair. 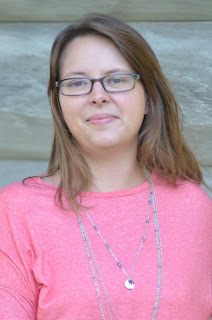 
About the Author
Stefanie Spangler has always loved books and reading, and one day, she decided to write a book of her own.

Stefanie lives in central Illinois with her husband and daughters. When she's not reading or writing, she’s usually editing someone else’s book. But she also enjoys gardening, knitting, and forcing others to read her favorite books.